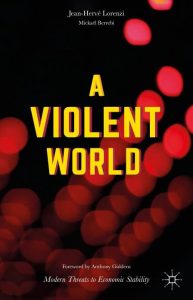 During the 1990s Francis Fukuyama announced the end of history. The 2000s showed how it is an illusion to imagine a peaceful world without conflict.

In this book, the authors explore how six major constraints are set to fix the trajectory of the global economy. Three of them are new: the aging population, the failure of technical progress, and the scarcity of savings. The other three have been at work for some time: the explosion of inequality, the mass transfer of activities from one end of the world to the other, and the limitless financialization of the economy. They suggest that like seismic activity which depends on pressure between tectonic plates, political and social tensions will be exacerbated in the coming years by these major forces. They propose that authorities will be incapable of preventing neither the date nor the intensity of the coming earthquakes, and ask the question: Are we able to cope with these future shocks and the violence they are sure to cause?

Jean-Hervé Lorenzi is a professor of economics at Paris-Dauphine University, France, and President of ‘Le Cercle Des Économistes’, France.

Mickaël Berrebi is an actuary, who graduated from the Ecole Supérieure des Sciences Économiques et Commerciales (ESSEC) in Paris, France

Like a prism deflecting a bearm of white jight into multiple colored rays and wavelengths, this essay commissioned to Jean-Paul Betbeze by the Fondation Prospective et Innovation examines the chances presented to and by France as China rises into . . . 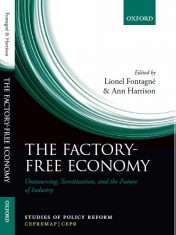