In a World of Turmoil, what is a Nation for?

The 16th edition of Les Rencontres économiques d’Aix-en-Provence will be dedicated to the role of a country in a globalized world.  More than 200 speakers from all around the world will be discussing about various topics such as the place of a given country in the global economy.

As a major French event the focus will be partly on France. However, the idea is neither to celebrate nor to blame any country. It aims to provide substantive discussions about the future of the countries within a turbulent and unpredictable world.

The challenges the countries are facing about territories, identities, social contract, and economic dynamism will be debated. The forthcoming elections in the US, Germany, France and Iran, strengthen the relevance of the topic:

In a World of Turmoil, what is a Nation for?

On Friday, the stress will be on the global world: what are the mains characteristics of the globalization? How can the world’s economic future be predicted? Is the scale of the countries still relevant under the constraints due to the world’s instabilities? Is growth an index of economic performances only or an index of well-being in overall?

On Saturday, four paths will allow us to imagine on what underpinnings a country should be built. The four tracks are the social contract, the economic dynamism, the territories, and the population. Discussions will be based on various experiences that could be either profitable or not, and either international or local in order to design the four pillars of an ideal country. In between, there will be three debates focused on France. What perception of France – as natives or strangers – do we have? How can we reform France according to the key elements brought during the paths’ sessions. What are the French’s aspirations?

On Sunday, the idea is to gather the information that both Friday and Saturday will provide in order to link national challenges within a global world in a long run analysis. Therefore, the European Union, its concerns, and its future will start the day’s discussions. Additionally, what are the prospectives of international relations, what is and will be the role of new technologies in the world (dis)order, the future aspects of power and leadership ; here are all the questions that will be asked on Sunday. We will conclude Les Rencontres économiques d’Aix-en-Provence by a focus on France in order to anticipate the role France will play in the hardly predictable world.

Find the latest news about REAix2022 on the event's website   Let's meet for an exceptional 22nd edition These are exceptional times for societies and the world. The 22nd Rencontres Économiques will therefore also be exceptional. This year . . . 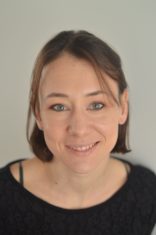