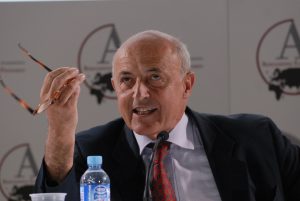 The Cercle des économistes is a think tank founded in 1992 on the initiative of Jean-Hervé Lorenzi. It brings together thirty economists with both academic responsabilities and a broad professional experience in the private or the public sector. The Cercle aims at creating an economic debate open to all.  Members are renowed experts with varied fields of interest and disctinct approaches, allowing the Cercle to cover most of the major topics in Economics and ensuring the depth and breadth of the debate. Several annual events are organised by the association including Les Rencontres Économiques d’Aix-en-Provence, a major economic Forum in Europe. It is also taking part in the public debate by publishing several books and by its weekly interventions in the media. 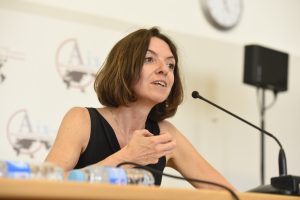 The idea to organise an open debate combining political realism, facts and rigour in the analysis emerged almost twenty years ago. at this time, the French monetary policy was leaving very few space for economic discussions. Progressively the Cercle des économistes found its place and it is now a major protagonist in the economic realm thanks to its various activities (forums, publications, intervention in the media,  …)

(Find their biographies on the dedicated page) 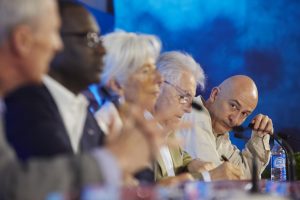 Organisation of Les Rencontres Économiques d’Aix-en-Provence. This International Economic Forum is open to all visitors and gather major international academic, industrial and politicial figures around an important economic topic.

The Best Young Economist of France Award. Organised together with the newspaper Le Monde, the award distinguishes on an annual basis a French economist under forty.

He participates throughout the year in economic events such as: Les Rendez-vous de l’Histoire de Blois, Les JECO in Lyon, …

Since 2019, it has also been a partner of the Bamako Forum, an annual event that promotes exchanges between Africa and France.

Les Voix de l’économie : in 2015 le Cercle des économistes decided to gather the 16 most influential French think tanks in order to launch an unprecedented cycle of debates. Far from the idea to find universal solutions, they all accepted to regularly meet and debate around chosen major topics.

In the French media

In addition to a regular presence in the French and foreign media, you can find the Cercle’s members in various media each week and month:

To keep up to date with the economic news and the Cercle’s activities, follow us on our social networks and subscribe to our Newsletter here.