This article was written by Laura Tyson, S.K. and Angela Chan, Haas School of Business,University of California at Berkeley, at the occasion of Les Rencontres Economiques d’Aix-en-Provence 2009 “Growth, Demography, Finance: from Major Economic Breakdowns to New Balances”. 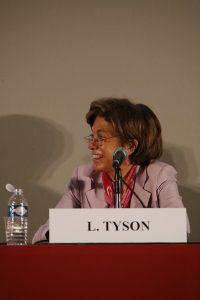